Bachelor and master: What you always wanted to know about the new degree programs

The English term bachelor may sound quite modern, but it was already used in medieval universities. Similar to today, the Latin equivalent baccalaureus described the lowest academic degree, which is a basic prerequisite for further academic education. You’ve probably already noticed that for every postgraduate course – and everything that follows – you need proof of a bachelor’s degree. But what exactly happens in this postgraduate course? And to what extent does it differ from diploma and magister? That and even more you will find out now.

Bachelor, diploma, magister – what are the differences?

The bachelor’s and master’s degree systems are increasingly replacing the diploma and magister degree. The former were characterized by a combination of undergraduate and advanced studies, which allowed a more flexible timetable and, if necessary, included teaching content with practical relevance. In the bachelor’s and master’s systems, basic and advanced studies are clearly separated. This has a significant advantage compared to the old degree programs: In both, the diploma and magister degree programs, one or more mid-term examinations (e.g. the so-called Vordiplom) had to be taken during the course of study. These are roughly comparable to a bachelor’s degree – but in contrast to that, they are not classified as academic degrees.

What does that mean in other words?

A diploma or magister degree is only considered successfully passed if the final examination has been taken. However, the requirements and duration of the studies are more like those of a master’s program.

This means: While in the bachelor-master system you usually already have a full degree in your pocket after 3 years of basic studies, as a diploma or magister student you would only have completed half the way. In the worst case, you could pass the preliminary tests, but fail the main examination. That would mean that you wouldn’t get a certificate and therefore wouldn’t have a degree or a qualification for your future profession. This in turn would mean that you had invested a lot of time and money in your studies and would now be without prospects. A scenario that the bachelor and master system protects you from.

What are the goals of the bachelor’s and master’s programs? 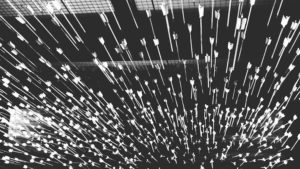 Even if you decide against a postgraduate course or do not graduate with a master’s degree, your bachelor’s degree is a valuable document that many employers can use as proof of qualification.

But a bachelor’s degree has even more advantages: The new study system should not only provide you with certainty, but also ensure a more regulated course of study that is also internationally recognized. This opens up completely new opportunities for both you – e.g. for a semester abroad or a complete study abroad, which you can have credited to your CP (Credit Points).

What opportunities do I have on the job market with a bachelor’s or master’s degree?

New things take time to establish themselves. This was also the case with bachelor’s and master’s degrees. Unfortunately, there were cases in which graduates with a bachelor’s or master’s degree were disadvantaged compared to those with a diploma or a magister degree. From an employer’s point of view, this was usually done for a profane reason: people preferred to rely on tried and tested methods instead of taking assumed risks. This was a frequent phenomenon, especially in the technical field. In order to prevent this in the future, the accreditation of new courses of study is strictly observed.

What does accreditation mean? 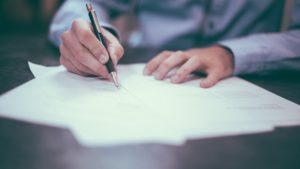 In the meantime, the bachelor-master system has largely established itself and has become indispensable in today’s professional world. Sooner or later, most degree programs will be completely converted to the new system – only in the fields of medicine, law and technology the diploma will probably remain an integral part. Bachelor’s and master’s degrees are particularly valuable for our education system because the large differences between higher education and university degrees will be largely eliminated. On the labour market, both forms are regarded as almost equivalent – especially in the light of the prevailing shortage of skilled workers.

Questions about our bachelor and master courses? Get in touch with us!

You would like to study, but you are not sure whether you should choose a bachelor’s or master’s degree at XU Exponential University? Then contact us. We will be happy to inform you about our range of courses and assist you in taking the decisive step towards a successful future.